Coach Kevin Mitchell has been coaching some of the best basketball players at the high school and professional level for nearly 15 years. He is currently a collegiate basketball coach specializing in player development.  Coach Mitchell's philosophy is "there is a synergy between improving basketball skill to augment player development."

Coach Mitchell is a former Skills Coach with Pure Sweat Basketball and has assisted NBA Skills Coach & Consultant, Drew Hanlen with workouts with NBA players such as: 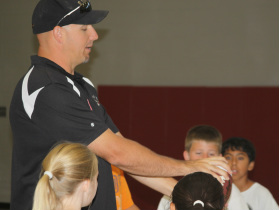 Coach Doug has experience coaching many sports and has developed a reputation for developing the skills and fundamentals in his players to be successful.  Coach Doug has head coached varsity basketball, baseball, soccer, football, and volleyball. He coached basketball and baseball at Citrus Hill High School. Coach Doug has been coaching high school flag football since 2002, has had numerous undefeated seasons and has coached his teams to fifty-eight and seventy game winning streaks. 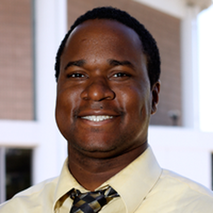 Coach Lemar has coached for the last 18 years at multiple schools.  He has coached flag football, basketball, and soccer.  He is currently the head boys' football and basketball coach at Redlands Adventist Academy and both teams had successful seasons under Coach Lemar.  For several years, he has coached during the LLA summer soccer program.  Coach Lemar was previously the head coach for the boys' and girls' soccer teams at Glendale Academy and Loma Linda Academy. 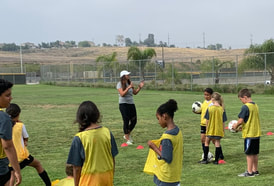 Red Zone Camp Counselors are alumni or current high school varsity athletes. They are experienced basketball, football and soccer players who are knowledgeable in the skills and drills we teach at Red Zone. The coaches carefully select all camp counselors.